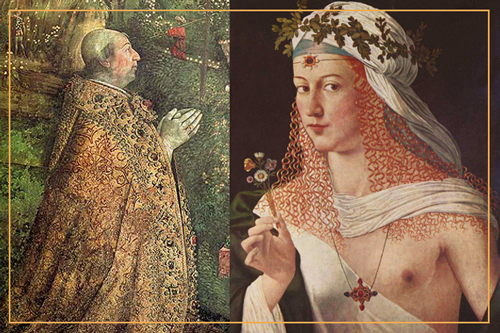 Although no one knows the entire truth behind the life of Lucrezia Borgia, most historians agree that she was an enlightened ruler, kind and decisive in time of war, the wife of a nobleman, and a patron of the arts showing great generosity to poets and artists. We named our restaurant, Lucrezia, in honor of this remarkable, passionate, and beautiful Renaissance woman.

Of all of the princely houses of Renaissance Italy, few were more prominent than the Borgia family. Born in Rome, Lucrezia was the illegitimate daughter of Vanozza and Cardinal Rodrigo Borgia, who later became Pope Alexander VI. Her father used the beautiful Lucrezia to further his political ambitions by arranging three marriages for her.

The first marriage to a man she didn’t love had been annulled and after finally falling in love with her second husband, he was murdered on orders from her brother, Cesare. The murder freed her to marry another powerful man so her family could gain higher standing. The third marriage was in 1501 to Alfonso, son of the Duke of Este, who inherited the Duchy of Ferrara.

When she became first lady of Ferrara, Lucrezia acquired more wealth and a higher social position than ever before. She also had a good deal of freedom. Alfonso pursued his interests in the military and left his wife to follow her own enthusiasms — poetry, music and dancing. She became a prominent patron of the arts, attracting the flattery of poets and scholars from all over Italy.

But what of her reputation for wantoness and crime? Lucrezia has been called the most depraved woman in history. Did she keep bottles on her boudoir with perfume to seduce and poison to kill? Was she pricking enemies with an arsenic – drenching ring…her favorite method of disposing of men? Or was Lucrezia a victim of her family’s ruthless quest for power, exploited for her beauty and kindness?

Throughout history, women labeled as evil have made their mark. Many historians believe that Lucrezia was definitely a misunderstood femme fatale.

In the year 1833, Donizetti published his opera, Lucrezia Borgia, where he pronounced Lucrezia as a cruel murderess who poisoned her family’s enemies. Although she never actually poisoned anyone, that unfortunate association with her name has continued to this day.

In fact, a Chicago Sun-Times article from October 2, 2002, quoted Learco Andalo, “one of the world’s leading experts on the Borgias,” about her family’s infamous reputation: “The Borgias are the victims of biased historical accounts, based on malicious rumor,” according to Andalo. The Tribune explained that “Lucrezia Borgia did not poison anyone and probably did not have an incestuous affair with her father.” Hopefully we can help dispel these rumors and clear her name in the annals of history.


Welcome to Lucrezia Café and Ristorante of Northwest Indiana and Lucrezia Trattoria near the beautiful shores of Lake Maxinkuckee in Culver, Indiana. Lucrezia provides innovative Northern Italian specialties at value prices in a relaxed and eclectic atmosphere in Chesterton, Crown Point and Culver. Gift cards are available for special occasions and events. 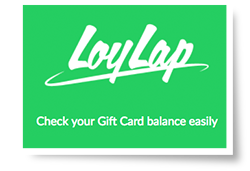 We offer “open seating”—first come, first serve seating. Reservations are not accepted at this time at any of our locations.

LARGE PARTIES—Eight (8) or more—Please phone ahead. We ask that parties of eight or more arrive before 6pm or after 8pm on Friday and Saturday evenings.

Large parties dining before 6pm on a Friday or Saturday evening are asked to keep within a 2 hour dining window.

Please remember that your entire party must be present prior to being seated.
—Buon Appetito